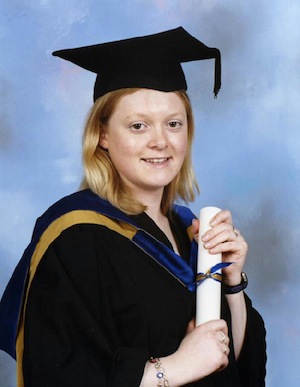 A mother has said the Irish Government has done nothing to help her to discover the circumstances surrounding her daughter’s tragic death.

The late Joyce Campbell who was killed in Ethiopia.

Aid worker Joyce Campbell died when she was involved in a tragic car crash in Ethiopia in 2005.

An inquest into Ms Campbell’s death was adjourned for the 11th time yesterday at Letterkenny Coroner’s Court.

Coroner John Cannon said that Ethiopian police were not co-operating with Interpol, who had been instructed to investigate the death.

However, solicitor for the Campbell family, Frank Dorrian, said dialogue was ongoing, and the case was adjourned until November 6th next.

Speaking after the latest court appearance, Irene Campbell said her family were not pleased at all at how the Irish Government had acted.

“Here we are nine years and 11 adjournments later and we still do not know the circumstances of Joyce’s death. We are not at all satisfied with the Irish Government’s role into the investigation into what happened,” she said.

Ms Campbell, from Meenmore, Dungloe, had just celebrated her 25th birthday when she died while working for the Vincentian Lay Missioners.

She was only in Ethiopia for three weeks as part of a four month stay when the tragedy happened.

Two other Irishmen in the car were also injured in the crash in Welyta, about nine hours north of the Ethiopian capital Addis Ababa on August 8th.

She was a graduate of Development, Health and Disaster Management and she also had a Masters in Humanitarian Assistance.

The dead woman’s father Paddy died two years ago, still not knowing what had happened to his youngest child.

Mrs Campbell revealed she did not even have a death certificate for her daughter but just a piece of paper from the Ethiopian authorities.

She said she does not believe there was anything suspicious about the manner of her daughter’s death.

“I accept it was an accident. I’m told a herd of goats came out onto the road and Joyce died as a result of her injuries when the land cruiser in which she was traveling crashed,” she said.

However, the family have been left with several unanswered questions about their daughter’s death.

Two other Irish aid workers in the vehicle have given completely conflicting reports about Joyce’s death.

One of the men has said she died instantly while another claims she was put into a truck and driven to hospital and did not die until 18 hours later.

Both of these men had later to receive surgery for injuries they sustained in the horrific crash.

Mrs Campbell said the only assistance given to them by the Irish Government was a request by then Minister For Foreign Affairs Dermot Ahern.

“All this did however was to instruct two priests connected to the Vincentian Lay Missioners to look into Joyce’s death.

“They lived six hours from the scene and this has done nothing to further our case or to get any more answers.

“What we need are full statements from the Ethiopian police, the driver of the land cruiser and all connected to the case but we have nothing at the moment.

“The Irish Government can put the pressure on these authorities but that is simply not being done for whatever reason,” she added.

Irene added that her daughter was a “good person” who wanted to help others.

“She knew she was privileged – she had a good education and she came from a good background.

“She was very grounded and she was just a good person. She just wanted to help others,” she said.