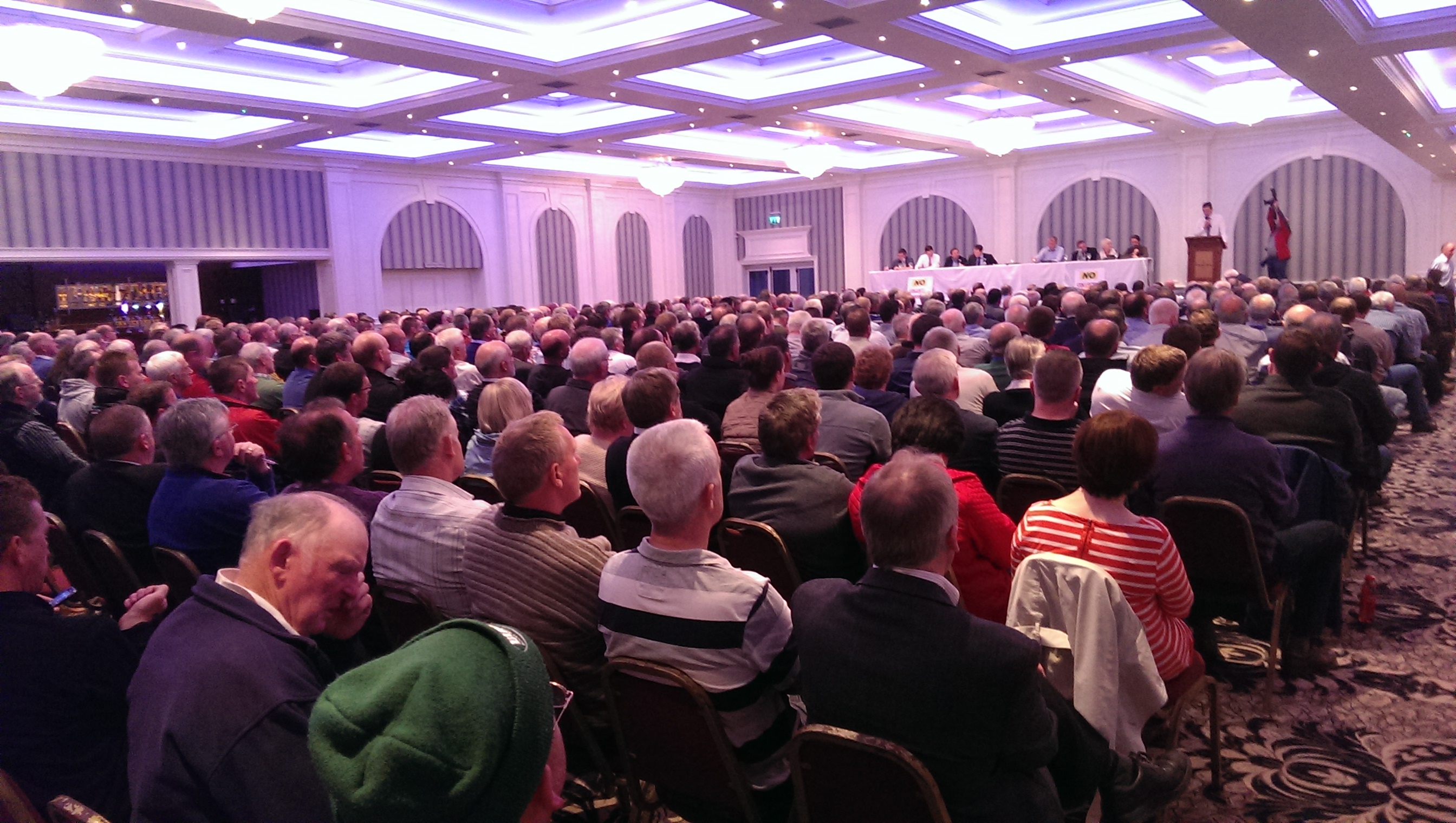 MORE THAN one thousand commonage farmers from across Co Donegal have attended a meeting in protest at new rules being introduced.

The farmers packed into the giant ballroom at Letterkenny’s Clanree Hotel in the latest meeting organised to discuss the new procedures.

Chairman for the night Henry O’Donnell said: “The meeting is to support for the farmers in the west and to let farmers in Donegal know how serious the situation is for the future of their farm payments.”

Commonage farmers – farmers who share lands between them – are protesting over proposed new policies being introduced for collective agreement on commonages and the GLAS environmental scheme for farmers.

“The problems which we are facing here in Donegal are identical to those experienced by the farmer who turned up at the Westport meeting,” said Henry.

“At the meeting it was outlined that the proposed collective agreement on commonages could not work for farmers. It would mean that one farmer would be responsible for the actions of his neighbour and could be penalised for the other farmers’ actions.

“It also emerged that farmers would be denied priority access to the GLAS environmental scheme if less than 50% of the commonage shareholders did not sign up to collective agreement.”

The regulations are seen as unworkable.

Farmers from throughout Donegal spoke out at the meeting last night, demanding the regulations are scrapped.