Letterkenny man Seamus McBride has a background in counselling. In this poignant article, he says the only way to stop the cancer of suicide is by addressing it from an early age in the classroom. 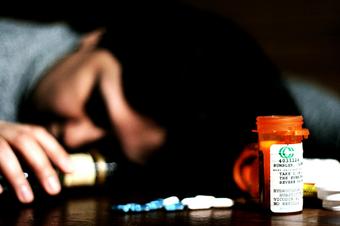 Seamus McBride says young people now need to be taught about suicide in the classroom.

Many of us are familiar with the song: ’Everybody wants to go heaven but nobody wants to die’’. Unfortunately for so many young people in today’s world this could not be further from the truth. When the emotional pain of living becomes so unbearable the stark reality for many of them is that death seems to be the only way out.

All too often have so many families have had their lives devastated with the loss of a family member as a result of a road accident. Although they will never forget I suppose through time there is some sense of acceptance on their part that it was an accident. Not taking anything whatsoever away from their pain or loss when it comes to suicide there seems to be no answers and no acceptance. Why did he/she do it, they seemed to be so well, there were no signs whatsoever, they seemed to be doing ok, all too often we have heard these comments from the families who have been left behind.

I believe that counselling is something that should be introduced to every schools from a very young age. Our children of today are now computer whiz kids by the time they reach their teenage years. That came about with the introduction of computers to our national schools from a young age. Why then from a young age can children not be taught to talk about their thoughts and feelings. Why can’t there be a ‘’Lets talk about me’’ class .

Wouldn’t it be fantastic if our teenagers and young adults could stand up and say without any fear whatsoever that they are feeling down or that they were having suicidal thoughts. How many life’s would have been saved if that had been the norm in our schools and homes.

Wouldn’t it be great if they could say without any fear of been judged that they need to talk to someone and just as importantly that they need someone to listen to them. Is that achievable? Of course it is but it has to be something that must become part of everyday language in our schools and indeed our homes. We learn to read, we learn to write, we are taught right from wrong, we learn to spell, we should be taught to talk and tell. Talk and tell someone that we are in a dark place and that we need help and remember there is help out there.

However before this change can take place I believe that our educators need to be educated themselves. Let’s not forget that there are many good teachers in our society who have baggage of their own and who have probably never discussed their feeling or issues that are bothering them personally with anyone. For this reason I believe that personal therapy/counselling should be part of their teacher training.

Not alone would it help them to deal with issues that may be affecting their own lives but it would also help them detect situations within the classroom that they feel may have to be addressed. Yes, in many cases they are totally ignorant of the tell tale signs through no fault of their own. These tell tale signs may become very significant in later life and early intervention could be the difference between life and death. However we can’t blame the teachers because this is not part of their training but I feel it certainly should be. It’s amazing how we have this perception that teaches are people who are different to everybody else. They teach and look after 20/30 children every day so they must all be ‘’ok’’.

Recently I finished reading a book where now mature adults who had lost their mothers at an early age talked about how this had impacted on them growing up. Some of them remarked how the teacher had asked the children to make a ‘Mother’s Day’ card not thinking that some of them had no mother to give it to. A small reminder that yes our teaches do need training.

More young men than young women are dying as a result of suicide and we all know why. Girls tend to talk more and discuss problems they might be experiencing. But when it comes to boys and young men we must remember that ‘Big Boys Don’t Cry’. What nonsense, of course they do and what’s more there is no shame in crying. There is no such thing as a hard man, yes there are those who portray their masculinity by coming across as some kind of indestructible human being but none of us are indestructible. Shedding tears or crying as a result of an emotional state is something that is part of our make up so Big Boys Do Cry and it’s perfectly ok to do so.

Parents also have a role to play and perhaps they too need some kind of group training that should also be compulsory for them as their children mature and go through their school years. We all want our children educated so why should we should we not have a greater role to play. Group training in listening, talking, and becoming aware of their feelings should be a compulsory for parents during their children’s education.

I believe that a combination of counselling in the classroom together with parent training would in the future see a drastic reduction in death by suicide in our country.

In today’s ever demanding world parents, teenagers and young adults are experiencing pressure that in many instances becomes unbearable. The truth is that nobody knows what emotional pain is like unless one has personally experienced it.

Photos of pretty faces in First Communion and Confirmation Dresses and suits, Feis Winners, Football Teams, Prom nights, Hen and stag parties are for all too many parents the only photos they will ever have of their beautiful son or daughter who could not cope with this pain.

More people die by suicide than die on our roads every year and just look at the amount of money that is spent on tackling this other awful statistic.

I am fully convinced that there is not short term answer to the problem because it has to start in the schools and in the homes from a very early age and I challenge anyone to question my theory on this.

I ask the question how much longer do we wait, how many more must die, as far as I am concerned the time for talking is over.