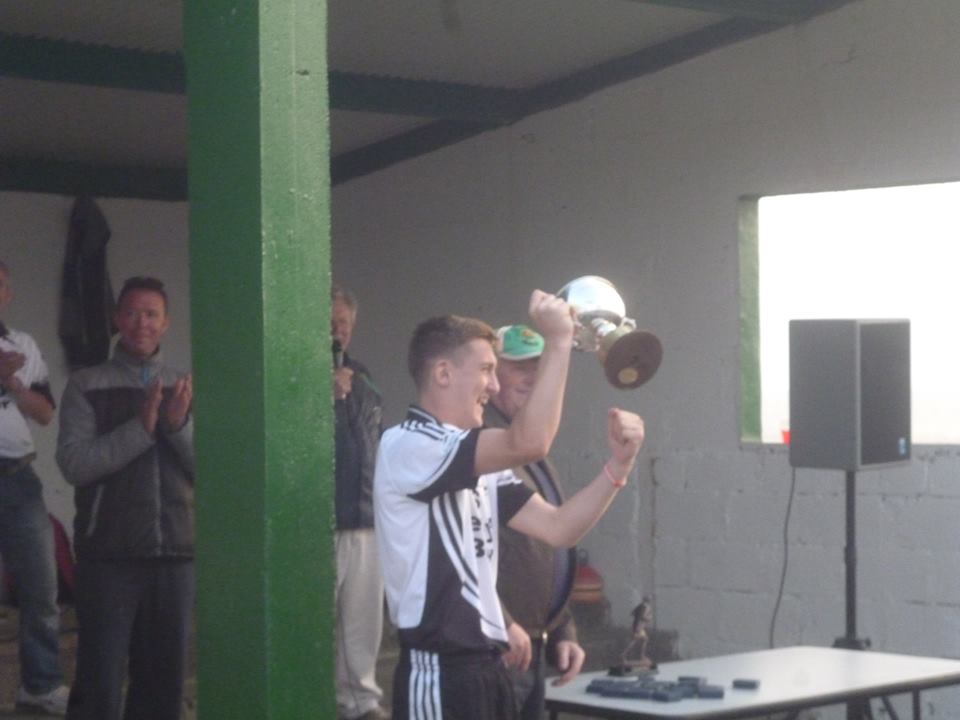 This hugely popular annual event brings all the islands together in September of every year.

Representing Donegal, Arranmore have had a very poor record in this tournament and had never progressed past the group stages.

However, on home soil, the lads defied the odds and hopefully have paved the way for the Donegal minor and seniors to bring more All-Ireland trophies back to the hills.

Despite Arranmore being a soccer stronghold, many of the island lads have sporadically represented GAA clubs in Donegal, Derry and Dublin as well as further afield in Chicago, London and New York.

This weekend, Arranmore men and diaspora made a huge effort to come home and along with members of Arranmore Utd, they gelled and played some absolutely scintillating football.

Arranmore lost their first group game to defending champions Clare Island from Mayo but managed to qualify for the semi final as they narrowly beat Whiddy Island from Cork.

Despite being down 6 points in the semi-final against Inis Bofin from Galway, the Arranmore men scored 10 unanswered points to progress to the final where once again they were up against Clare Island.

Both teams were lead onto the field by the Arranmore pipe band and a huge crowd of 600 Gaels were treated to a memorable final.

In a hard, physical but fair match both teams traded blow for blow and score for score which had the spectators on the edge of their seats.

Clare island who were going for four in a row started the better.

But the underdogs, who had huge support from the locals and from other Islands, slowly but surely turned the screw and ran out very worthy winners on a score line of 1-14 to 1-11 with player of the tournament Benny McGarvey scoring 8 points.

Other notable performances from the islanders were Shane and Blaine McGuckin, Daniel O’Donnell, Declan and Conor Proctor.

When referee Myles Sweeney blew the final whistle there was both joy and disbelief from Arranmore and indeed other islands.

Huge credit must go to Conal Kavanagh, Chris McGuckin and Neil Gallagher for gelling the team together at such short notice.

This annual event brings the islands together and this is a very special event which gives islanders a chance to both compete and socialise once a year.

Upwards of 300 islanders from all over Ireland travelled to Arranmore which boosted the local economy greatly.

Arranmore didn’t fare out as well in the ladies tournament which was won by a very young and talented Clare Island side.

Next year the tournament will be held in Inis Turk in County Mayo where Arranmore will proudly defend and represent Tìr Chonaill.