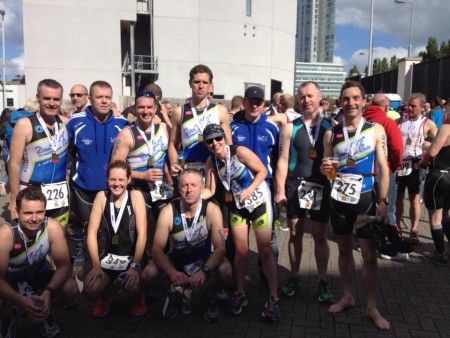 Seventeen club members had an early start in Belfast for the Olympic and sprint race.

The first competitors were in Belfast lough at nine am with Aidan Callaghan and Gavin Crawford being the best performers for the club with Aidan narrowly missing out on second place overall and Gavin finishing a credible 14th.

The club also had three entrants in the sprint distance with Colin Dean wrapping up his season and Tommy Hill racing well after illness in his home town race.

In Achill Louise Ruddy continued her return from injury with another fine performance in the Achill adventure race.

A special word of thanks to Bernard Mc Dyre who officiated as a technical official at the race on Sunday his seventh time this year.

The club is obliged to provide a quota of technical officials for events every year and Bernard does trojan work on behalf of the club.

The AGM has been fixed for the third of October at seven pm in Aura not the seventh as per previous notes.

Training continues as follows but a change is in the offing which will be communicated within the next few weeks.