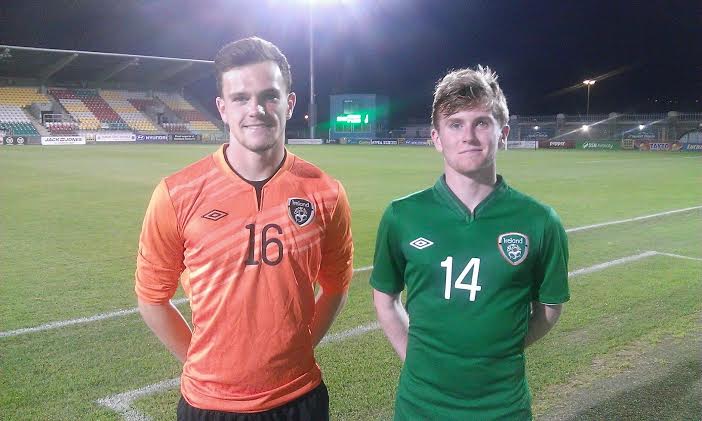 An outstanding performance and result for the U19 last night in the Tallaght Stadium as Ireland beat Holland by 1 goal to nil with the goal coming from Eoghan Stokes in the 25th minute.

An excellent achievement for the group, only coming together for the new season with 4 days training camp prior to the match.

A special evening for all involved and especially for two boys from Co.Donegal who represented Ireland on previous occasions making their debut at U19 level, a massive achievement.

Chris Flanagan (Derry City) and Harry Doherty (Brighton Hove Albion) from Letterkenny and Cockhill respectively, both played against the impressive Dutch. Peter Burke (Sunderland) from Moville, was more unfortunate having to pull out of the squad due to injury.

This squad are off to Sweden in 3 weeks for further preparation, with the UEFA Qualifiers commencing in November in a group including Switzerland, Gibraltar & Malta. Good Luck to all the boys & Well Done to Harry & Chris.