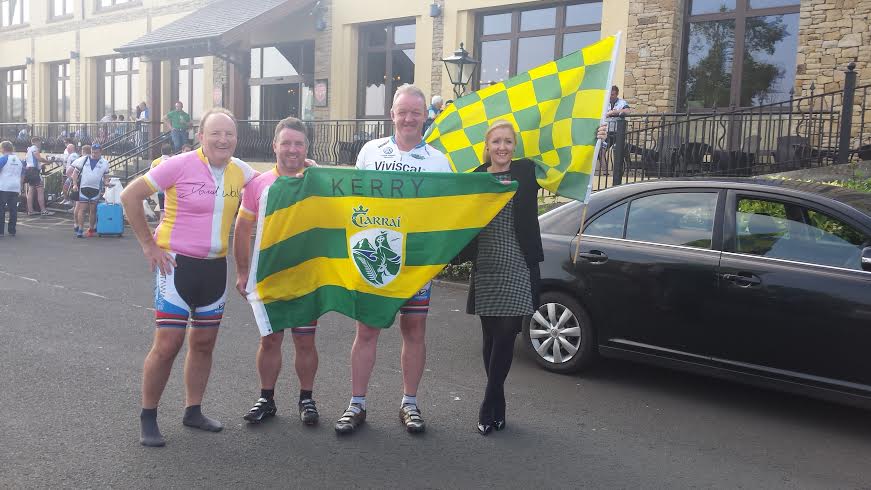 GOT HIM! KERRY LEGEND CAUGHT SPYING AT DONEGAL HOTEL!

A KERRY legend has been caught – spying on Donegal!

An All Ireland winner was spotted sneaking into the Mount Errigal Hotel in Letterkenny, a hotel often used by Jim McGuinness and his players before big games.

And it was no ordinary All-Ireland winner – it was Mick Galwey, the gaelic football and Irish rugby legend.

Galwey won his All Ireland medal while playing for Kerry in the 1986 final.

He then turned his attention to rugby, played 130 times for Munster, and 41 times for Ireland before retiring from international rugby in 2002.

He was also selected for the 1993 Lions tour to New Zealand.

Galwey is part of the Cross Rugby Legends tour in aid of cancer research – 180 of them spending the night at the Mount Errigal Hotel.

Hotel boss Terry McEniff was quick to spot the Kerryman and challenged him over the spying mission.

With the game up, Galwey then whipped a Kerry flag….out of his back pocket!

“We believe he was planning to put the flag up outside the Mount Errigal, but we’ve brought in extra security to make sure that doesn’t happen,” said Terry.

Thankfully the Donegal team have been moved under the cover of darkness to Co Fermanagh.

They are completing a cycle to Malin tomorrow to raise money for cancer.

GOT HIM! KERRY LEGEND CAUGHT SPYING AT DONEGAL HOTEL! was last modified: September 12th, 2014 by John2