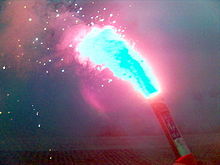 BREAKING NEWS: A massive sea search off the coast of Donegal has ended after fears that a major accident had taken place earlier tonight.

There were reports that sea flares were spotted over Bloody Foreland.

The emergency services were launched following reports that flares had been sighted.

Malin Head coastguard received a call from a member of the public around 9pm saying that three red flares had been spotted off Bloody Foreland.

They immediately tasked the Arranmore Lifeboat, Bunbeg Coastguard and the Rescue 118 chopper from Sligo.

However, following a three hour search of the area the operation was stood down.

A spokesman at Malin Head confirmed that the search was being stood down just minutes before midnight.

He said that were satisfied a thorough search of the area had been carried out and nothing found to indicate anyone in distress.

It comes just days after another similar report of flares between St John’s Point and Bundoran which also resulted in nothing being found.