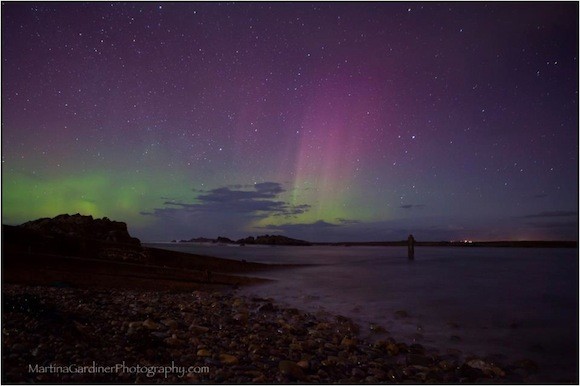 AURORA-watchers are in for the best display in years – as the Northern Lights make a dazzling return to Co Donegal skies.

Experts say Friday night and Saturday night will see a wondrous explosion of colour with the north and west of the county the best places to see dancing lights.

Reports from parts of Inishowen and Fanad had glimmers of the Aurora Borealis but Friday night and Saturday night will see spectacular displays.

The new arrival of the phenomenon here is because there have been two large explosions on the Sun and huge amounts of magnetically charged particles have been hurled into space towards Earth.

Known as Coronal Mass Ejection (CME), they can produce many different colours, with green, pink, red, blue and yellow all possible.

Often the particles are deflected by the earth’s magnetic field, so the best places to witness it are close to the poles where the field is weakest.

Parts of Canada and northern Europe have already seen the results, with north Donegal next.

Now we need more clear skies over the weekend….will make things interesting for those attending a star-gazing trip to Tory, singing outside at the Dunfanaghy Jazz Festival, or just enjoying the night on an Inishowen beach.