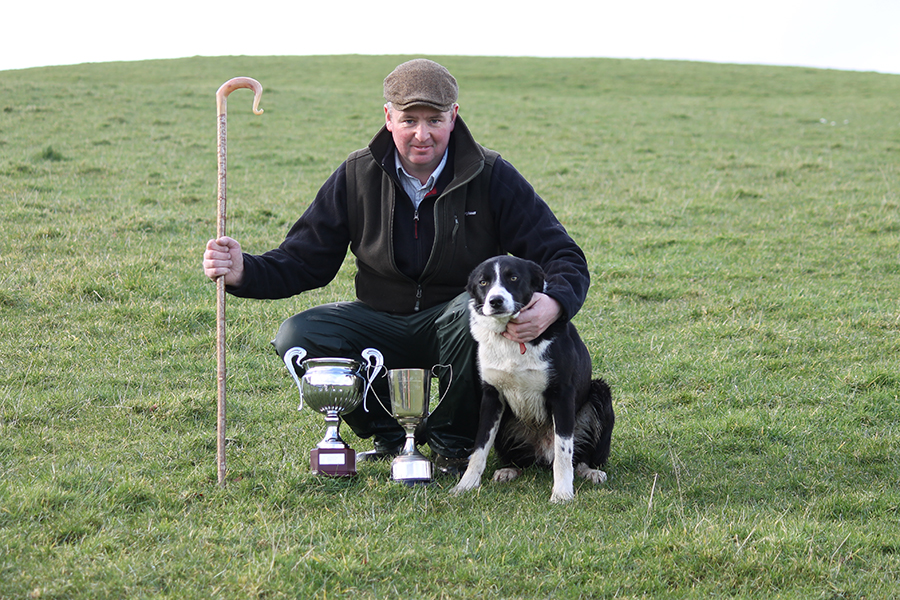 DONEGAL man James McGee has done it again – taking the top prize at a three-day International Sheepdog trials in Roscommon.

The Ballybofey man was crowned champion before a crowd of 25,000 people – beating off competition from five other counties and competitors from all over Ireland (including Kerry by the way).

James, who farms at Creggan, won the championship at Kilbegnit Creggs, Co. Roscommonwith, his dog Glencregg Silver, a dog used to winning.