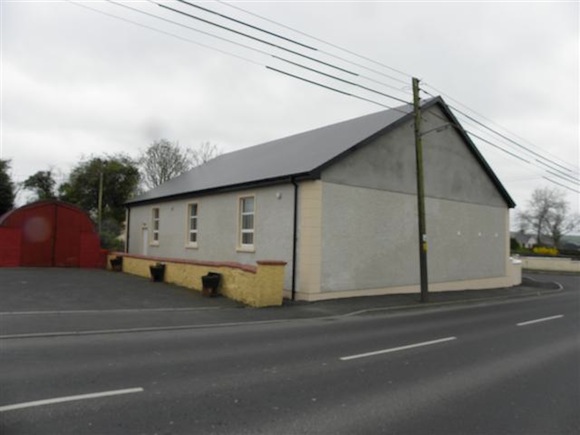 The Orange Hall in Newtowncunningham.

Gardai have launched an investigation after the Orange Hall in Newtowncunningham was destroyed by fire early this morning.

The hall was recently renovated and was used as late as last Friday night to host a local birthday party.

The alarm was raised just after 7am when flames were spotted coming from the building.

Sections of the fire service and the Gardai rushed to the scene.

However, extensive damage has been caused to the hall’s roof while countless artifacts inside were also destroyed.

A full investigation into what started the fire has been launched by Gardai.

The hall was the scene of an arson attack back in 2010 when the doors and outside of the building was scorched.

However it is suspected that an electrical fault could be the reason for the latest blaze.

Local county councillor Paul Canning said there was nothing to suggest the fire was started intentionally.

“Arson has not been mentioned but obviously we won’t know what caused the fire until the forensic examination is completed.

“It is such a shame to see such a historic building destroyed like this.

“The local community spent a lot of time renovating this building recently and that makes it even worse,” he said.