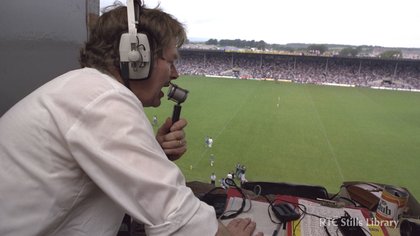 Legendary commentator, Dingle’s Mícheál Ó Muircheartaigh will be at the Mount Errigal Hotel on Wednesday, September 17 for the Donegal Daily Up For The Match

DONEGAL DAILY in association with The Mount Errigal Hotel in Letterkenny and St Eunan’s GAA Club is proud to present a very special ‘Up For The Match’ live from the Mount Errigal at 8pm on Wednesday, September 17.

We’ve lined up some very special stars for what should be a great night – with a commentating legend from Kerry, an All-Ireland winning manager from Tyrone and former Donegal player and All Star Kevin Cassidy.

And all hosted by the voice of sport himself, Donegal TV’s Charlie Collins.

Mícheál Ó Muircheartaigh’s first RTE broadcast was on a Railway Cup match in 1949 after being selected for the job following a test commentary on a hurling game. He has since become the public voice of the GAA with his uniquely entertaining and often bilingual commentaries.

Born in Dún Síon, near Dingle, Co. Kerry, he worked as a teacher before becoming a full-time broadcaster. Ó Muircheartaigh retired from broadcasting in October 2010 but continues to offer his words of wisdom on gaelic games. He has also become a voice for rural Ireland and an advocate for older people throughout the country.

Joining him on our panel will be the legendary Mickey Harte. 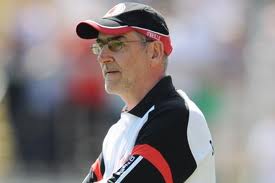 Mickey Harte will be fielding questions on the night.

Mickey has led Tyrone to three All-Ireland titles and three Ulster titles. An inspiring motivational speaker, Mickey has been to Croke Park and done that and will be giving his views on the Donegal team taking on Kerry for the 2014 title.

Former Donegal player and current Gaoth Dobhair senior coach Kevin Cassidy will be giving his views on the game too.

Kevin is a double All Star winner and has won an Ulster title with Donegal and two senior football county titles with his club.

Proceeds on the night will go to the players fund and there will be an opportunity to buy raffle tickets – with four tickets for the All Ireland Final up for grabs.

Cost of entry is €10 for adults, €5 for children – or €20 for a family of two adults and up to three children. Payable at the door.

“It promises to be a fantastic preview to a much-anticipated All-Ireland final,” said Charlie Collins, our MC for the evening. 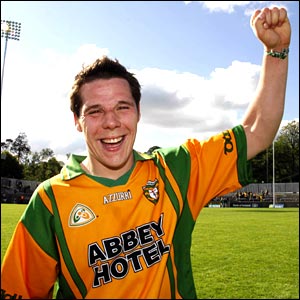 Kevin Cassidy will also be there on the night.

“The Mount Errigal is a fantastic venue and I’m looking forward to getting views from Micheal on this Kerry side, Kevin on this Donegal side – and the view of Mickey who has had a wonderful career as a county manager at the very top of our sport.”

Donegal Daily editor Stephen Maguire said: “It promises to be a fun night for all the family.

“Excitement is building to Donegal’s clash with Kerry now that we’ve finally got over the shock of beating Dublin.

“We have three top class guests and a top class man to ask the questions.”