COUNCILLOR DELIGHTED THAT POTHOLED-FILLED ROAD HAS BEEN UPGRADED AT LAST 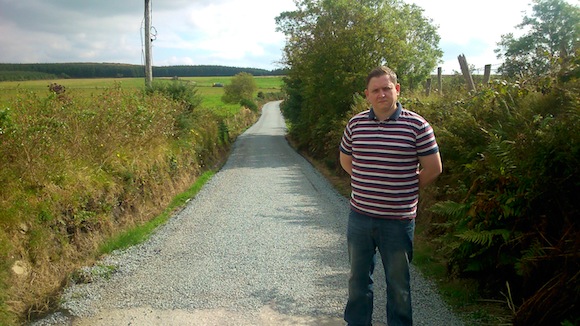 Sinn Féin Councillor Gary Doherty has welcomed the re-opening of a road in the Doneyloop area which had become so bad with potholes that it had become unfit for use.

The road connects the Drumdoit area with the Fearn border with Tyrone.

Speaking today Cllr Doherty said he is delighted that Donegal County Council have begun works to re-surface this road.

“I am satisfied that representations made by Pearse Doherty and myself have been listened to, and the Council have taken into account the views and wishes of the local people who have long waited for this road to be re-opened.”

He continued “this stretch of road is vital for the people living in the upper Drumdoit area, as it is a link road which provides access to Castlederg and Clady and eliminates the need for residents to take long detours to facilitate journeys, particularly for those who work and shop in Castlederg.

“The surface of this road has been deteriorating steadily over the years, and in the last while had become unusable due to the nature and volume of the potholes which littered the route.

“I received numerous representaions from local residents who wished to see the road opened again, and I applaud Donegal County Council for their action in resolving the issue.”