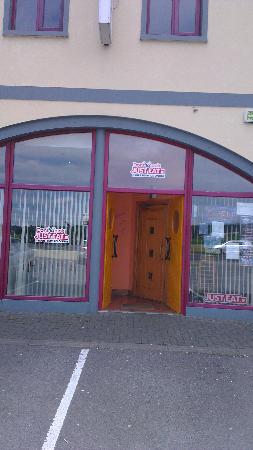 RESTAURANT WORKER HAD NO WORK PERMIT OR PASSPORT

A man who was found working illegally at a well-known Letterkenny restaurant has been given the Probation Act.

The 28 year old was preparing vegetables but when quizzed, he admitted he had no work permit or passport.

Solicitor Frank Dorrian told Letterkenny Court that his client had arrived by ship into Dublin and later joined friends in Letterkenny.

He said he was no longer working at Shapla and was basically “rudderless” but still living in Letterkenny where Gardai knew where he was.

Judge Paul Kelly said he was applying the Probation Act but instructed Mr Dorrian that this was a “one day only offer.”

RESTAURANT WORKER HAD NO WORK PERMIT OR PASSPORT was last modified: September 16th, 2014 by Stephen Maguire