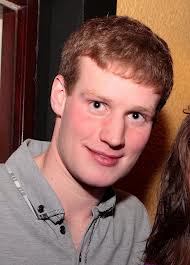 TRAGIC FOOTBALLER ANDREW TO BE REMEMBERED ON ALL-IRELAND DAY

A plaque in memory of a young Donegal GAA player who died in the build-up to the All-Ireland Final in 2012 is to be unveiled this Sunday at the spot where he lost his life.

Tragic Andrew Duffy was just 24 when he died in Dublin.

Tragic Andrew Duffy was just 24 when he slipped and lost his footing and fell into the Royal Canal at Phibsboro in Dublin.

The young Termon man was celebrating after Donegal had booked their place in the All-Ireland Final after beating Cork on September 14th.

Now a plaque in honour of Andrew is to be unveiled at Binn’s Bridge, close to the spot where it is believed he died.

A delegation of Andrew’s clubmates, family and friends will travel to Dublin for the touching occasion.

They will be led by Fr Dennis McGettigan and supporters who will be in Dublin for the big game are being encouraged to attend.

Andrew was a hugely popular and modest young man in his local community.

His popularity was borne out by the massive attendance at his funeral.

Among those at the funeral were several Donegal GAA players and members of the County Board.