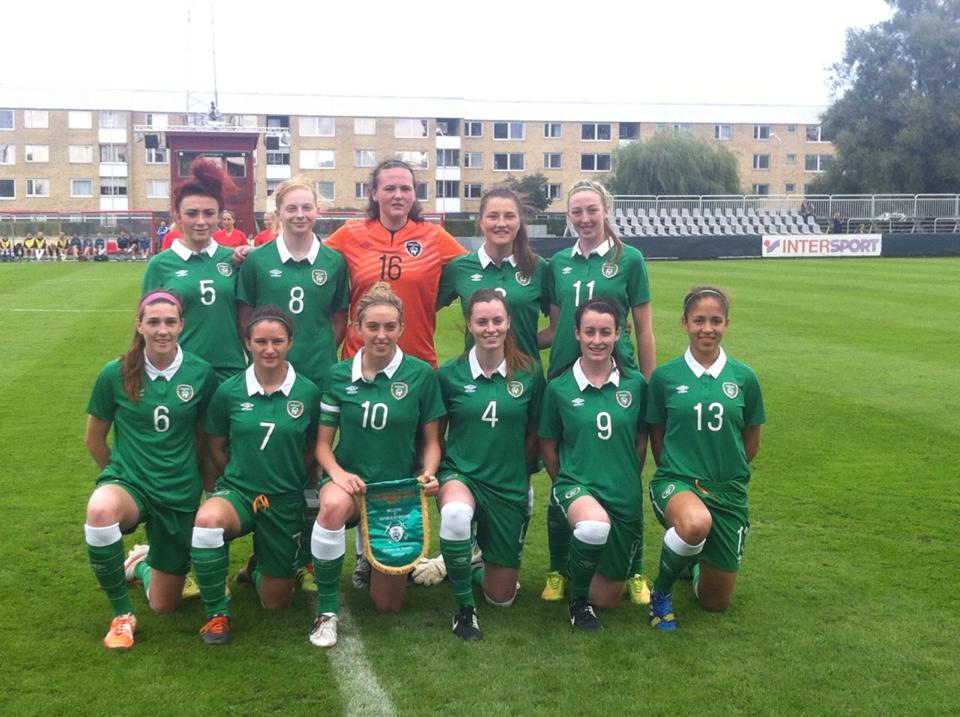 GREENCASTLE’S ROMA IN ACTION FOR IRELAND IN U19 WORLD CUP

GREENCASTLE FC’s Roma McLaughlin has been in action this week for Ireland’s U19 team in Sweden in the Women’s World Cup qualifiers.

The team beat both Slovakia and Montenegro earlier this week.

And last night they looked to be heading for a third win until an equaliser by Moldova three minutes from the end, Megan Connolly with the Ireland goal after eight minutes.

Donegal midfielder Roma is pictured with the starting line-up.

GREENCASTLE’S ROMA IN ACTION FOR IRELAND IN U19 WORLD CUP was last modified: September 17th, 2014 by John2