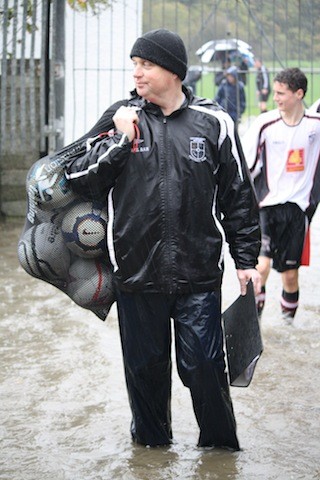 Liam O’Donnell will be happy that Letterkenny Rovers U16’s got off to a winning start last night against Mulroy.

Letterkenny Rovers overcame Mulroy Academy in the first game of the U16 Donegal Schoolboys league season in Traigh-a-Loch last night.

The home side got off to a brilliant start with their striker John Heraghty running onto the end of a defensive error and slotting the first goal of the game home.

The home side kept their lead until half-time with top defending from holding midfielder Matthew Gallagher, although the pressure was mounting on their back four towards the end of the half.

Letterkennys patience finally payed off when James Tourish’s in swinging free-kick slide past everyone and crept into the net.

Letterkenny kept the pressure on the home side and Ronan Downey was taken down for a penalty.

Letterkenny sat back after taking the lead and began to invite pressure.

With pressure mounting on Letterkenny when they were reduced to ten men, but they managed to break one more time through Clinton (Jnr) who finished calmly to take all three points for Letterkenny Rovers