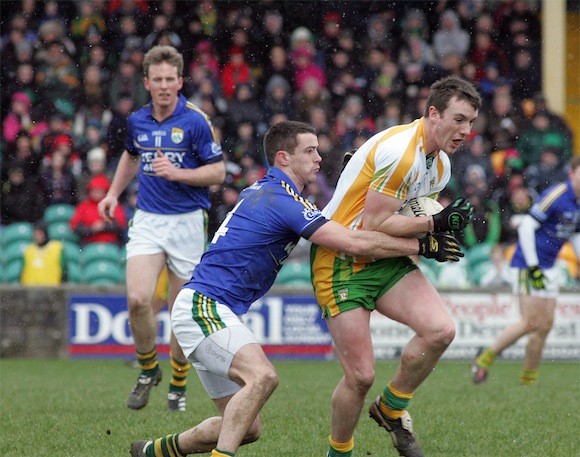 THE Kerry team is playing down an incident in which a Donegal fan fell out of a tree at one of their private training sessions.

The man, a native of Glenties, was confronted by members of the Kerry back room team.

However Kerry is playing down reports it was a ‘spying’ mission as reported elsewhere today, believing the man was a ‘genuine GAA fan’ who had gone to the session in Killarney ‘for a nosey’.

The man is understood to be resident in Kerry and used to play for Naomh Conaill.

He was spotted in the tree in the grounds of St Finian’s Hospital, overlooking Fitzgerald Stadium.

He is believed to have disappeared when a member of the support team went to investigate, but was later confronted.

Kerry manager Eamonn Fitzmaurice has closed the gates to training since taking over last year to allow for privacy and planning.

SHOCK AS DONEGAL MAN FALLS OUT OF TREE AT PRIVATE KERRY TRAINING SESSION was last modified: September 19th, 2014 by John2