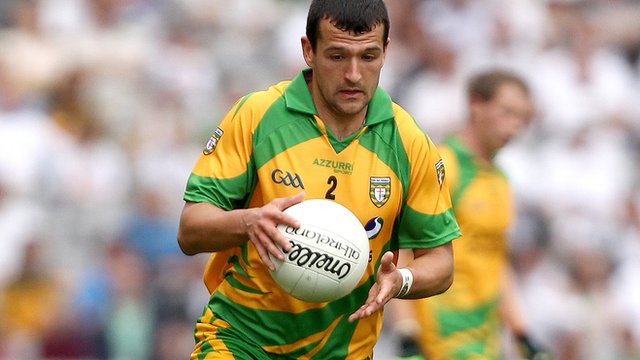 Frank McGlynn will be back in club action this weekend when Glenfin host Mac Cumhaills in the Donegal SFC.

There’s not much to choose between the sides and it should be a very close game on Saturday.

With the game being a senior championship fixture the game takes on added pressure for both.

Mac Cumhaills will look to Darren O’Leary and Marty Reilly to fire them to success over Glenfin.

O’Leary is a handful on the edge of the square and is a big presence for Mac Cumhaills, he’ll have to be closely monitored by the Glenfin rearguard.

While O’Reilly a member of the Donegal senior panel this season offers a menacing threat with his runs from deep.

Glenfin will look to Frank McGlynn for inspiration and he will drive on his side from centre-half back.

Former county star Stephen McDermott will also be a pivotal player alongside Kevin McGlynn for Glenfin on Saturday evening.

It’s going to be a very close match and it’s difficult to pick a winner between either.