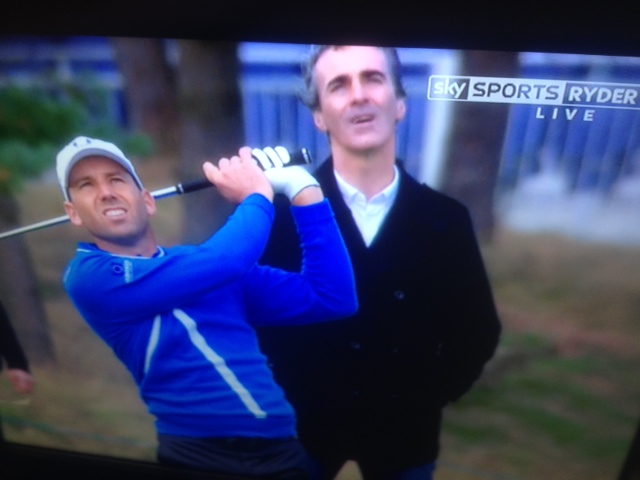 It’s clear from this picture that Jimmy is still ‘swinging’ matches!

Jim McGuinness has taken a couple of days off and was spotted at Gleneagles today following the Ryder Cup.

The Glenties man was caught on camera by SKY Sport earlier this afternoon and eagle-eyed viewers including RTE’s Des Cahill have tweeted the image. 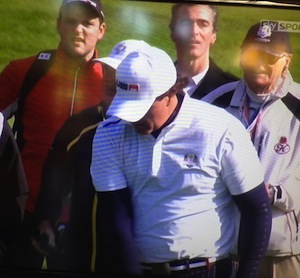 We’re not sure if Jim was giving Sergio Garcia any tips but he certainly looks close enough!

And Jim wasn’t the only member of the super Donegal team to head to Scotland for the golf competition.

Both Michael Murphy and Neil Gallagher also traveled to Perthshire to see Europe take on the USA.