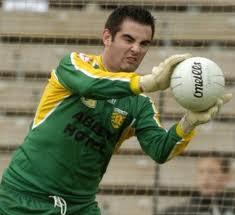 Paul Durcan has endured a difficult week, but he showed his class this afternoon and was outstanding for Four Masters as they drew with Ardara in the Donegal SFC.

Ardara and Four Masters served up an entertaining championship match this afternoon, but still couldn’t be separated at the end as the game ended in a draw.

Ardara will rue the chances they missed during the game, especially in the closing stages when they posted two wide’s, if they converted either chance it would’ve secured them a crucial victory.

Earlier in the half Paul Durcan thwarted two glorious goal chances for Ardara.

The Donegal stopper has endured a very difficult week in the aftermath of the All-Ireland final, but he delivered an excellent performance for Four Masters, and only reiterated why he’s regarded by many as one of the best goalkeepers this county has ever produced.

Four Masters settled into the game the better, and raced into an early 0-03 to 0-01 lead.

Points from Noel Gallagher, Ryan Mailey and Kieran Breslin brought Ardara back into the game and they went in at the interval leading by one.

In the second-half scores were very hard to come by and both sides were guilty of kicking bad wide’s.

But the game as a contest was absorbing, the game ebbed and flowed throughout, Ardara extended their lead out two points with ten minutes to go, but Four Masters rallied back to level at 0-09 apiece.

In the final five minutes both sides went in search of the winner, but neither could get that elusive score that would’ve snatched victory.

Ardara had two great chances late on but were unable to convert.

Tensions flared towards the end and Conor Glasson and Barry Dunnion were both given black cards.