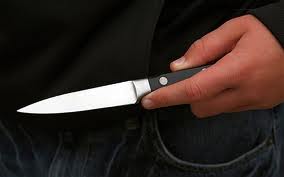 Man was arrested in Convoy after stabbing a woman.

A Donegal man in his 20s has been arrested by Gardaí after stabbing a woman in an unprovoked attack.

The woman sustained slight injuries in the attack, and didn’t need to be taken to hospital following the incident.

The man was arrested by Gardaí but was later released on bail.

He has been charged and will appear at Letterkenny District Court on October 13th.