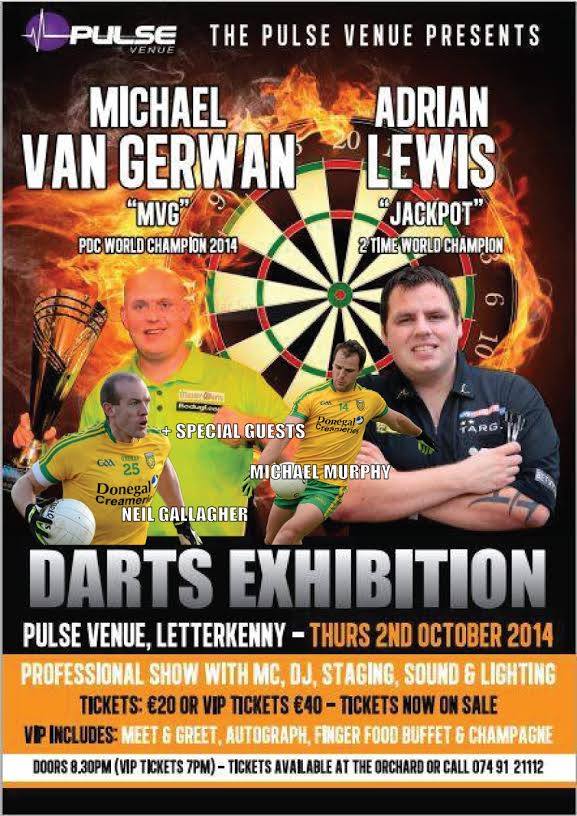 DONEGAL DUO MURPHY AND GALLAGHER HOPING TO HIT THE BULLSEYE!

Donegal GAA stars Michael Murphy and Neil Gallagher are hoping they can be as accurate on the Oche as they are on the pitch.

A huge crowd is expected to attend tonight’s exhibition event to see the darting superstars in action against the Donegal stars.

It’s believed Gallagher and Murphy are competent with the arrows, but they face a stiff challenge in the form of the deadly duo of Van Gerwen and Lewis.

It promises to be a great night’s entertainment.

The VIP area has already been sold out, but tickets are still available which can be purchased from The Orchard, while you can also pay at the door, doors open at 8pm.