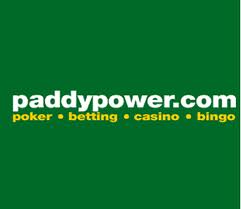 Paddy Power have ranked Harps as 20-1 outsiders to upset the odds against St Pat’s on Sunday.

Paddy Power has priced Finn Harps at an incredible 20-1 to upset the odds and defeat St Patrick’s Athletic in the FAI Cup semi-final on Sunday.

Harps have been notoriously difficult to beat all season and have enjoyed a solid campaign under the guidance of Ollie Horgan.

This season is the first time since 1999 that Harps have reached an FAI cup semi-final, but Paddy Power has completely dismissed their chances of causing an upset on Sunday by pricing them at 20-1.

Donegal were 10-1 outsiders in some bookmakers against Dublin, and Harps are double the odds to repeat the same feat and upset the Dubs in their own backyard.

Many felt those odds were disrespectful to Donegal and the same is being said about Harps.

In a two horse, to price a team at 20-1 is disrespectful, and it’s bound to give Ollie Horgan added motivation to cause an upset, although they’ll hardly need anymore motivation with the carrot of an FAI Cup final at the Aviva Stadium on offer.

Odds of a draw are 7-1 to won, and that’s a great bet when you consider the amount of matches Harps have drawn this season coupled with how well they’re organised under Horgan.

It’s been reported that Harps have sold in the region of 400 tickets for Sunday’s cup clash which is also being televised live on TV on RTE Two at 1.45pm.