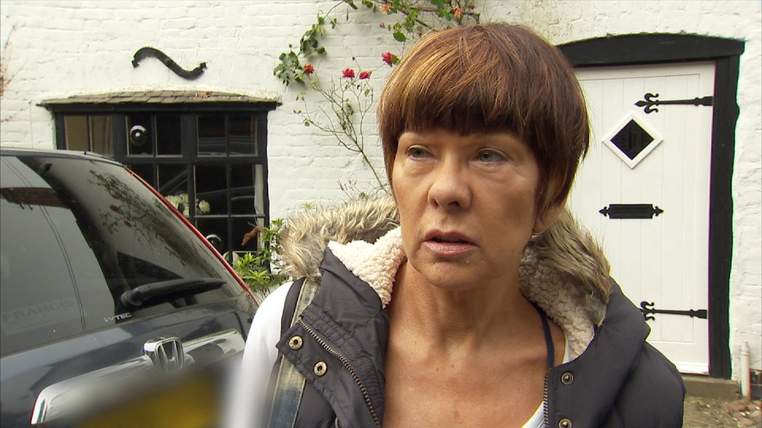 POLICE in England are investigating those behind sickening internet messages aimed at the parents and siblings of Madeleine McCann.

Gerry and Kate McCann, who were cleared by police from any part in their daughter’s disappearance in May 2007 from a resort in Portugal, have been told by trolls to ‘burn in hell’.

Gerry’s family are from Donegal. They had visited here with Madeleine just weeks before her disappearance.

Some messages are even directed at Madeleine’s younger twin siblings, now aged nine. According to Sky News, ‘manipulated images’ involving the McCanns – many of them graphic – are also in wide circulation online.

The majority of those who post the vile messages use anonymous social media accounts, so their true identities are disguised.

This troll was confronted by Martin Brunt, the Sky News Crime Correspondent

One troll – who uses the Twitter identity “Sweepyface” and has posted dozens of anti-McCann messages using the #mccann hashtag – was confronted by Sky News.

When asked about her use of social media to attack the couple, she replied: “I’m entitled to.”

A dossier – compiled by members of the public alarmed at the online treatment of the McCanns and shown to Sky News – calls on police and MPs to act to crack down on such abuse.

The Met wrote to the campaigners: “In consultation with the Crown Prosecution Service and the McCann family the material will now be assessed and decisions made as to what further action if any should be undertaken.”

Among the messages identified in the dossier is an exchange on a message board which reads: “These 2 should burn in hell”; “I will supply the petrol”; “I’ll supply the lighter – happily”.

Other posts include: “We need some numbers for some assassins on taps”, “I hope that the McCanns are living in total misery” and “I want to see them smashed up the back of a bus or trampled by horses”.