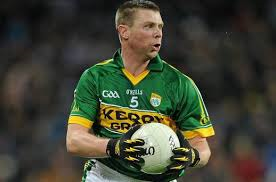 Former Kerry star Tómas Ó Sé has risked the wrath of his former colleagues and family after selecting his GAA team-of-the-year.

Ó Sé selected Michael Murphy ahead of the ‘Star’ of the All-Ireland final Kieran Donaghy, while he also opted to omit his brother Marc Ó Sé from his team.

Mayo’s Keith Higgins, and Dublin duo Paul Flynn and Diarmuid Connolly make up his side.

Ó Sé opted for Murphy ahead of Donaghy at full-forward because of the leadership skills displayed by Murphy throughout the entire championship campaign.

Ó Sé said, “Kieran Donaghy is close at full-forward but Michael Murphy’s leadership and attitude throughout earns it for him. Even in the last minutes of the final he was throwing everything at it.

Despite Paul Durcan’s error in the All-Ireland final, Ó Sé believes it didn’t cost them the match, and that the Four Masters man has been the best keeper in the country.

Ó Sé said, “Donegal’s Paul Durcan is my goalkeeper. He’s a clever guy to kick out ball. Yes, he had a bad one in the final but that didn’t cost them an All-Ireland.

Hopefully the selection of Ó Sé mirrors the official selection made by the GAA when choosing their All-Stars for the 2014 season.