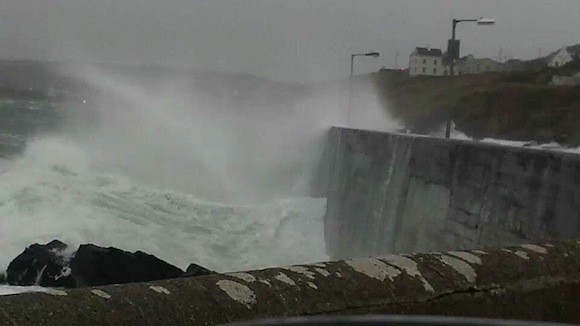 In a rare double alert, the forecaster also issued a Status Yellow alert for heavy rainfall.

A storm is due to hit Ireland later this afternoon before gradually getting worse overnight.

The wind alert – for wind gusts of up to 120km/hr – is from 6pm this evening until 6am tomorrow morning.

Southeast winds between 50 and 70 km/h on Sunday evening and night, with gusts up to 100 to 120 km/h, highest values in coastal areas.

Rainfall Warning for The whole country

25-40mm of rain is expected during Sunday evening and night, leading to widespread excess surface water.