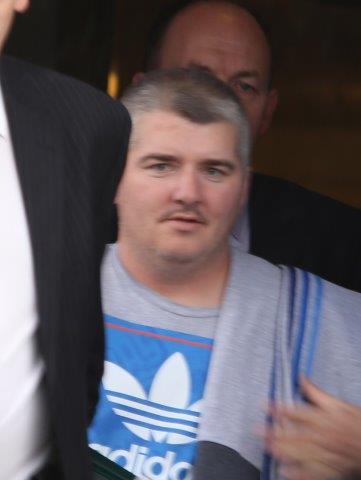 A ROBBERY suspect apologised to Gardai after being charged with raiding a post office, a court heard today.

Before the court were David Knight, who is 36 and from 24 Melmore Gardens in Derry, Noel Lavy, also 36 and from 57 Ballymagowan, Derry, and Joseph McMullan, who is 5 Kavanagh Court in Derry.

Each man faced four charges – robbery, criminal damage, handling stolen property and allowing themselves to be carried in a stolen vehicle.

Inspector David Kelly said the State objected to bail. No bail application was made.

Knight and McMullan made no comment when charged with the offences.

However Lavy is alleged to have replied to the robbery charge: “I didn’t mean for it to work out the way it did”

On the criminal damage charge, Lavey is alleged to have replied: “Sorry again, it was all a bit of madness. We were just trying to get more drugs, tell the woman I said I was sorry.”

He is alleged to have added: “I didn’t break no glass.”

Lawyers for two of the accused asked that the men be given access to prescription medication.