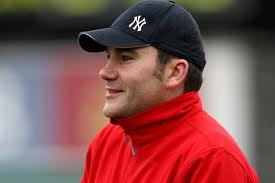 JAMES HORAN RULES HIMSELF OUT OF THE RUNNING FOR DONEGAL JOB

Former Mayo manager James Horan has ruled himself out of the contention for the Donegal job.

Former Mayo manager James Horan has ruled himself out of the running to take over the Donegal GAA Senior team following the departure of Jim McGuinness on Friday night.

Moran led Mayo to four Connacht titles in-a-row and also led them to the All-Ireland finals in 2012 and 2013, where they were defeated by Donegal and Dublin respectively.

He stepped down after their All-Ireland semi-final replay defeat to Kerry in August.

Horan was a 33-1 outsider initially, but a flurry of bets placed on the former Mayo All-Star with Boylesports seen his odds shorten to 11/4 which made him the favourite for the job yesterday evening.

However, Horan moved swiftly today to dispel those rumours and ruled himself out of contention.

Horan told the Irish News, “That’s the bookies for you. No, I won’t be going for the Donegal job.

The search for McGuinness’ successor began in earnest in a meeting of the Donegal County Board last night, with the likes of Rory Gallagher, Declan Bonner and Damien Diver all in contention to succeed the most successful manager the county has ever seen.

JAMES HORAN RULES HIMSELF OUT OF THE RUNNING FOR DONEGAL JOB was last modified: October 7th, 2014 by Mark Forker