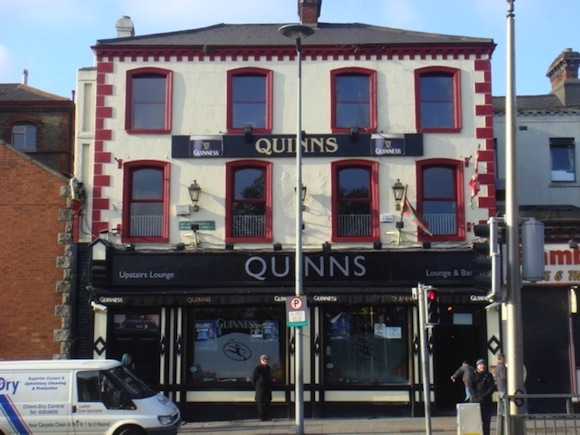 Quinn’s bar was closed for two days by the HSE.

Dublin bar Quinn’s, regularly frequented by Donegal GAA supporters on match-days was closed down by the health service executive for two days.

Quinn’s pub which is located in Drumcondra, is a popular watering hole for the legions of Donegal fans that descend to Dublin every summer to see Donegal play at Croke Park.

With games against Armagh, Dublin and Kerry this summer Donegal fans had plenty of trips to the capital, and Quinn’s was the No.1 bar for the majority of Donegal GAA fans prior to the match due to it’s proximity to Croke Park.

It would then be the first stop after the match for Donegal GAA fans left thirsty after watching their sides pulsating games at Croker.

However, the pub’s closure was one of twelve that was ordered by the Food Safety Authority Ireland in September under rules that deem there to be “a grave and immediate danger to public health”.

The closure order was served on Quinn’s under food safety legislation on Monday 8 September, the day after the drawn All Ireland hurling final between Kilkenny and Tipperary. It was lifted two days later.