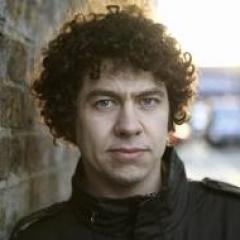 DECLAN O’ROURKE BRINGS SOULFUL SHOW TO AN GRIANAN THIS FRIDAY

Dublin singer Declan O’Rourke is set to enthral music fans with his distinctive, soulful, songs in his show at An Grianán Theatre this Friday.

A decade on from the release of his critically acclaimed debut album, Since Kyrabam, the platinum-selling singer/songwriter comes to Letterkenny on the eve of its official 10th Anniversary shindig in Dublin’s Vicar St.

The album’s launch took place over three sold-out nights in Whelan’s and was broadcast live on national radio.

Great songs, a unique voice and a personable stage presence have made O’Rourke one of Ireland’s most sought after live performers.

He will be performing with his full band on Friday night as he warms up for his big night in Dublin the next day.

When he was ten years old his family upped sticks to Australia for a few years before returning to Dublin where O’Rourke spent the majority of his adolescence.

Originally from Ballyfermot, O’Rourke traces his musical career back to the little Australian town of Kyabram.