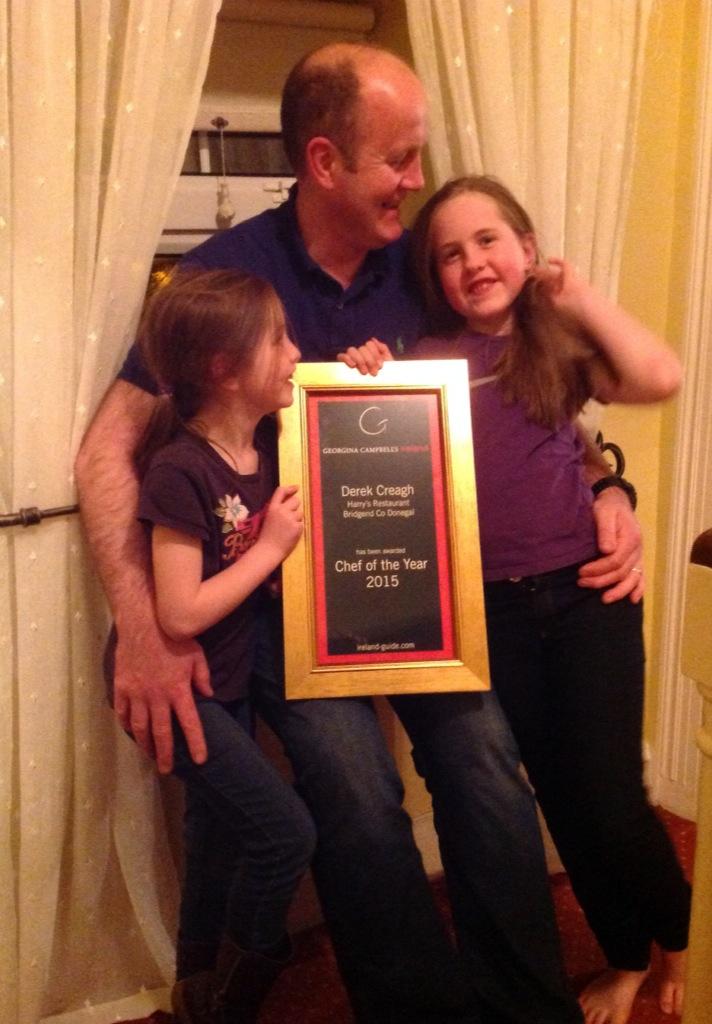 DEREK CELEBRATES BEING NAMED CHEF OF THE YEAR

Proud Derek shows off his award to his children

Chef of the Year went to Derek Creagh of Harry’s Restaurant in Bridgend who only arrived there this year, having previously worked with Hestor Blumenthal and other luminaries in Britain.

Mr Creagh is now overseeing both this restaurant and the newer Harry’s Shack at Portstewart in Co Derry.

Georgina Campbell said he was “the complete opposite of the stereotypical ambition-crazed chef and enjoys dropping in to his Mum for a cuppa on the way home from making a few hundred more customers very happy”.

DEREK CELEBRATES BEING NAMED CHEF OF THE YEAR was last modified: October 8th, 2014 by John2