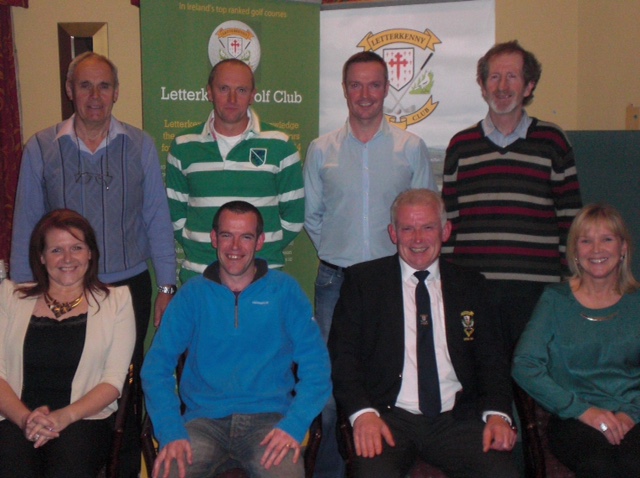 Wed. 1st Oct. Open: Following on from his second placing a week earlier, the consistant Pauric Dunleavy [10] went one step further up the ladder to claim top spot with a winning score of 38pts.

Recording a birdie at the par five 2nd, Pauric reduced the outward nine to 39 shots, three gross over par and 21pts, to consolidate a lead which he then cemented on the back nine to win by two points from Kieran Walsh [11].

Kieran’s “easy” scoring was broken by a triple bogey at 6th and again a double bogey at 17th but his birdie at 16th helped him to relegate Tom Redden [20] to third place by virtue of BOT.

This is Tom’s second third placing in as many weeks and again on BOT, with another unfortunate “blank” at 10th losing him points.

Sat. 4th Open was won by single figure handicapper Brendan Mc Grath [6] with a two over gross 74 shots and 40pts.

Brendan’s card made impressive reading of two over gross thru 14th, bogey at 15th and birdie at 18th!

Then again he was pushed hard and even required a BOT to take the honours from that man again, Pauric Dunleavy [9].

Pauric’s card was equally choice reading with birdies at 2nd, 5th and 7th on outward nine but with an uncharacteristic double bogey at 6th, again followed by birdies at 11th and 16th on inward nine, but the double bogeys at 12th and 14th costing him an outright win.

Chasing both of them to the finish line with his own birdies recorded at 3rd, 7th and 18th was Dessie Ferry [8] showing a bit of late season form.

Unfortunately, Dessie’s “blank” at 1st and his double bogey at 9th cost him dearly also.

Best gross on the day was returned by Darragh Mc Menamin [4] with 34gross points.

Sunday 5th confined competition was won by Michael Forde [14] with runaway 42pts. Michael’s card comprised of two nines of 40 gross shots each, 21pts out & back, and could have been better but for a lapse which saw him record four consecutive bogeys from 6th to 9th.

A few points back in second place was Cat 4 John J>Doherty Memorial Cup winner Peter Mc Ginty [21] who, despite a “blank” at 7th and a double bogey at 14th, returned 37pts.

Congratulations to David Walsh, winner of the club’s singles matchplay. David defeated Joe Lambe in the final where the match ended at the 15th hole.

Congratulations to the Letterkenny Golf Club’s Senior Scratch Cup team who came away from Rosapenna on Sunday with three matches over the home team in the first leg of their semi-final match.

The return leg is on this Sunday 12th at Barnhill and support for the home team would be greatly appreciated.

Remember: Sanding of the course is ongoing. Apologies for any inconvenience. 6 inch placing and free drop [nearest point, not nearer the hole] from tractor tracks will be in place for the next two weeks.

An understatement: “Which is the most difficult shot in golf?” Groucho Marx: “The hole in one.”