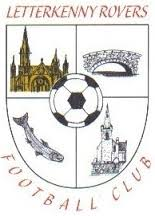 Letterkenny Rovers were held to a 1-1 draw by Keadue Rovers on Saturday morning in the Donegal Schoolboys league.

The Letterkenny men started well with plenty of chances early on forcing a number of good saves from Keadue goalkeeper Declan Ward.

The Letterkenny side eventually broke the deadlock when centre midfielder Ryan Finn smashed home a half volley from 20 yards which was well out of the goalkeepers reach.

Keadue were playing against a strong breeze in the first half and couldn’t manage to create any opportunities.

Letterkenny kept pushing and just before the half time whistle striker Zach Gorman ran onto the end of Shay Dohertys cross but his shot struck the post.

Keadue started the second half a lot stronger with the wind now on their side.

Keadue forced Letterkenny goalkeeper Eoin O’Boyle to make a few brilliant saves, but after fifteen minutes of the second half they found themselves on level terms with a twenty five yard strike from their striker.

The Letterkenny side woke up after conceding and pushed on but were denied in a one-on-one situation by goalkeeper Declan Ward.

Keadue managed to hold Letterkenny off and the game finished up as a draw.