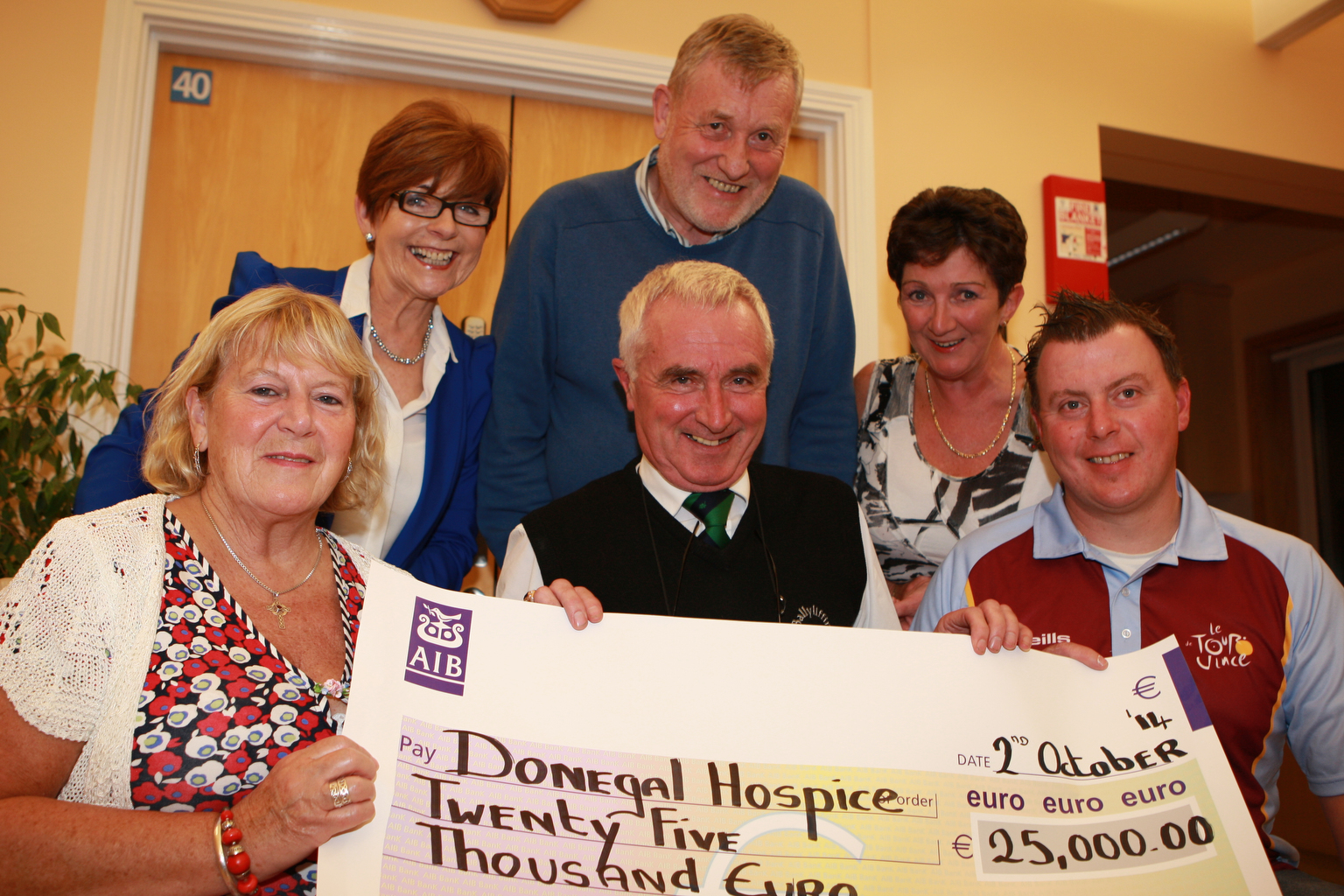 John J Mc Gettigan, Vincent and Brigid O Rourke, present a cheque for Û25,000 proceeds of a cycle in memory on their son Vinnie, they are pictured with Annette Cunningham and Geraldine Casey and Dr James McDaid from the Donegal Hospice . Photo Brian McDaid/ Cristeph

The mother and father of a man who was cared for by the Donegal Hospice in his final days has handed over a cheque of €25,000 to the hospice following the successful Tour de Vince cycling event.

This huge sum on money was raised by friends and family of the late Vincent O’Rourke and handed over by the family including his mother Bridget Burke.

It was a cycling event which began in Newcastle, Co Down, where Vincent was born and it finished in Carrigart where Vincent spent his last few days in his parents house.

The group would like to thanks their families and all who helped during the events in any way.