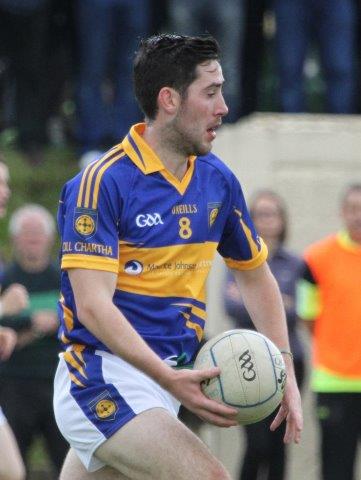 Mark McHugh knows Kilcar need to win and possibly win well if they’re to have any chance of progressing to the last eight of the Donegal SFC.

Kilcar host Bundoran this weekend in Towney, knowing a big victory over Brian McEniff’s side may not be enough to see them advance to the last eight.

Glenswilly host St Michaels and if they secure a win, then John McNulty’s side would need to record a huge win over Bundoran to advance on scoring difference.

Kilcar currently sit third in the group on two points, Glenswilly sit on second, but have a superior scoring difference after hammering Bundoran by 6-15 to 0-09 last Saturday.

Kilcar can only concentrate on themselves on Saturday night, and will look to first secure the win before they start thinking about how much they’re going to win by.

Bundoran have suffered two heavy defeats and it’s hard to see anything other than a Kilcar win.

With Kilcar knowing they may need to rack up a huge score against Bundoran, expect to see a ruthless display.

With Patrick McBrearty and Ashley Carr in their forward line, Kilcar carry a serious threat inside and it could be a long hour for Brian McEniff’s men on Saturday evening.