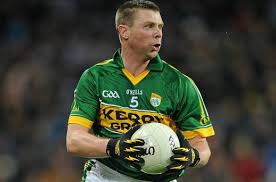 TOMÁS Ó SÉ – “MCGUINNESS IS RIGHT UP THERE WITH O’DWYER, HEFFERNAN AND CODY

Tomás Ó Sé reckons Jim McGuinness is one of the greatest coaches to ever grace the GAA.

Former Kerry star Tomás Ó Sé reckons Jim McGuinness is right up there amongst the best GAA coaches to ever grace the game.

McGuinness overseen the most successful period in Donegal GAA history, by landing three Ulster titles and one All-Ireland, before almost adding a second last month against Kerry.

McGuinness departed from his role as manager to spend more time with his family and to also concentrate on his job as a Sports Psychologist with Celtic FC.

However, Ó Sé believes the departure of McGuinness from the Donegal job is a huge loss to the GAA and believes people don’t fully appreciate how big a loss he is to the GAA.

In his column O Sé penned, “He was never a typical GAA manager in my eyes. When you think of what he did for Donegal, how he challenged conventional thinking – and did so in a far more profound way than either Tyrone or Armagh did with their All-Ireland wins – you can’t help but think he will be missed.

“Think of Donegal before McGuinness. In Kerry, we always looked on them as a team that might give you a contrary game in the League when the pitches were heavy, but would never really cross our radar come Championship.

“Well, McGuinness broke that stigma. He saw something in the players and believed in his ability to harness it into something special. He had a vision, and football never encountered anything like that vision in its history.

Ó Sé also believes it’s time for leaders to emerge in the Donegal squad in the wake of McGuinness’s departure, he feels they need to buy in to the ideas of the next man.

Ó Sé said, “But now is the time the leaders in that Donegal team need to step forward, they need to buy into the ideas of the next man. You won’t get another Jim McGuinness. That would be impossible.

He changed everything. He rewrote the book on Gaelic football. And our loss is Celtic’s gain, no question. The man is fearless. He took on the big boys and won.