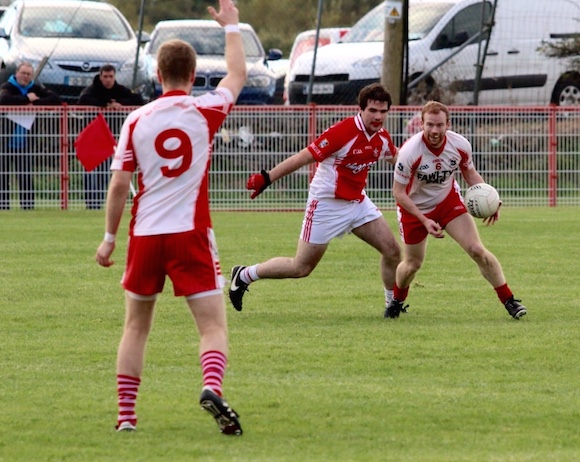 Action between Dungloe and Killybegs in Dungloe this afternoon. (Pic: Eoin Mc Garvey)

THE last eight into the Donegal Senior Championship quarter finals are now known after today’s games.