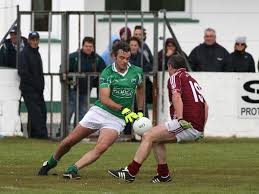 Termon have sensationally sent Gaoth Dobhair tumbling out of the Donegal SFC.

Termon have sent the most decorated club side in the history of the Donegal SFC Gaoth Dobhair out of the championship following a pulsating affair at The Burn Road.

Termon have endured a miserable league campaign and currently prop up the Division One table.

They were defeated by Dungloe in their group opener, before securing a point against Killybegs last week following a late fight-back.

Gaoth Dobhair on the other hand came into this game top of the group, following a crucial win over local rivals Dungloe last weekend.

Kevin Cassidy knew if his side avoided defeat they would go through to the last eight of the Donegal SFC.

However, Termon managed by Darren Gibson had different ideas and pulled off the first major shock of this year’s championship.

They traded scores for the remainder of the half, and a late score from Noel Kelly sent the sides in level at the interval.

Termon really took control of things in the second-half with Daire McDaid and Christy Connaghan taking the fight to Gaoth Dobhair.

Declan O’Donnell also pointed for the home side to put Termon four points ahead with fifteen minutes to go.

Gaoth Dobhair hit right back and netted a goal through Noel Kelly.

It looked at that stage that the momentum was with Gaoth Dobhair and that they might power on and win the match, but they squandered a number of good opportunities to draw level.

Termon were fantastic throughout the game and every player in maroon left everything on the pitch.

Termon then stretched their lead back out to two after a great score from the brilliant Daire McDaid, then Gaoth Dobhair responded to bring it back to the minimum.

However, Termon added another super score this time from Caolan McDaid to seal a famous victory.

Termon advance along with Dungloe, as Gaoth Dobhair and Killybegs bow out.

TERMON STUN GAOTH DOBHAIR TO SEND THEM HURTLING OUT OF THE DONEGAL SFC was last modified: October 12th, 2014 by Mark Forker