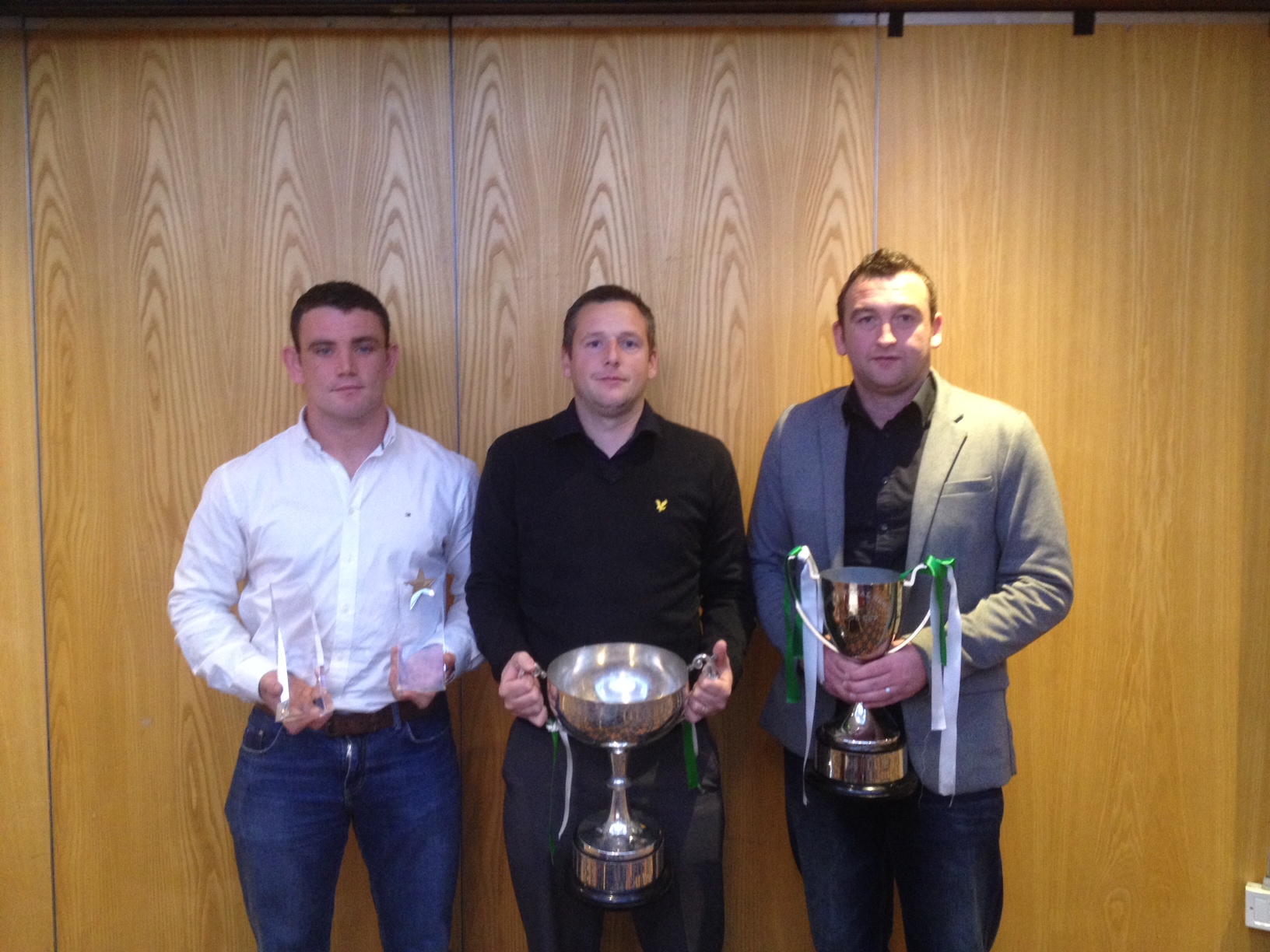 COCKHILL THE BIG WINNERS AT THE USL PRESENTATION DINNER DANCE

Cockhill Celtic were the big winners at the Ulster Senior League Presentation night which took place in the Mt. Errigal Hotel on Friday night.

Cockhill Celtic won a League & Cup double for the second year in a row, finishing the league season unbeaten ahead of Derry City Reserves who also went through the campaign unbeaten in the 4 Lanterns USL and defeating Swilly Rovers in the Donegal News League Cup Final.

Garbhán Friel also claimed an individual double, winning the top goal scorer award and was also voted as the Player of the Year (an award that is voted on by the manager of each team).

In the DPD Div. 1 Letterkenny Rovers also claimed a League and Cup double with Bonagee Utd. finishing runners-up in both competitions.

Jason Doherty (Letterkenny rovers) finished as the league’s top scorer with captain Kieran Doherty picking up the Div. 1 Player of the Year award. Chairman Johnny McCafferty thanked all the participating clubs for their efforts over the season and congratulated all the winners on the night.

Ernie Pollock from the Ulster FA congratulated the winning teams and the Inter Provincial team under Donal O’Brien and Trevor Scanlon that retained the Michael Ward Trophy the previous weekend.

He said that it was no secret that the Ulster Senior League was struggling for numbers and encouraged the top Junior clubs in the county to look at making the leap to Intermediate football for the good of football in the county.

Ernie said, They’re a good few Junior clubs in both the Donegal and Inishowen leagues that are more than capable of playing Intermediate football.

“I have no doubt of that. I would encourage those clubs to think seriously about making the step up for the good of the overall standard of football here in Donegal.

“The fact that the USL representative side has won the Inter Pro tournament two years in a row is a testament to the standard that is there and players should look to test themselves at the highest standard available to them” he concluded.

The League Executive also made a presentation to the players from the winning Inter Pro squad.