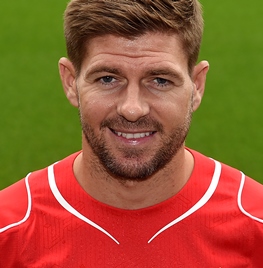 You could win a Liverpool jersey signed by Steven Gerrard at the Lagan Harps Quiz.

Our u/14’s lost 6-2 to Raphoe Town, with Tony Gallagher scoring both goals.

Our u/16’s lost 4-1 to Castlefin Celtic with Ciaran Daffan scoring.

Our u/12’s are involved in the National cup next Saturday when they travel to Monaghan to play Carrick Rovers.

In our weekly lotto the numbers drawn were 1,10,16 and 17. Seven people had two numbers with Ned Gibson drawn out and winning E50.

The club is holding their second annual fundraiser in the Mount Errigal on Saturday 25th October commencing at 9.00pm.

There is an entry fee of E10 which includes participating in the quiz and the dancing afterwards.

Like last year the raffle and auction is open to just the people attending on the night.