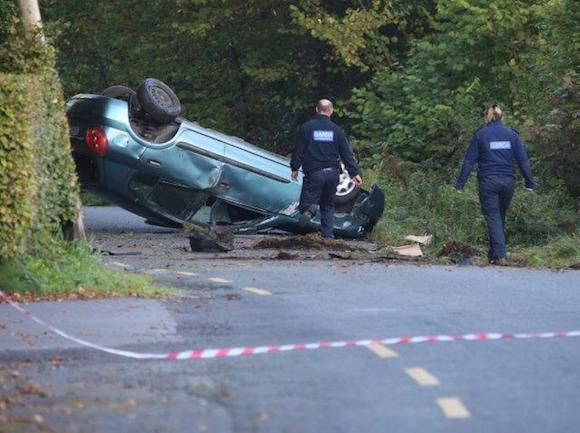 ANOTHER family is in mourning as a result of a death on Donegal’s roads after a 19-year-old girl was killed this morning.

She was the front seat passenger in the car – the 19-year-old male driver received minor injuries.

Gardaí at Ballybofey say they are investigating the single vehicle fatal road traffic collision which occurred at Dreenan. Ballybofey at approximately 4.25am this morning

A Garda spokesman said: “A 19 year old female front seat passenger was fatally injured when the car she was travelling in hit a ditch, the 19 year old male driver was injured.

“He is believed to have minor injuries. No other persons were involved.”

The spokesman added: “The road is now closed to facilitate Garda Forensic Collision Investigators and diversions are in place.

“Gardaí are appealing for witnesses or anyone who was travelling in the area who may have information about the incident to contact them at Ballybofey Garda Station on 074-9137740, The Garda Confidential Line 1800 666111 or any Garda Station.”