TRAGIC KYM TO BE BURIED THIS THURSDAY

A huge attendance is expected at the funeral of tragic road traffic victim Kym Harley. 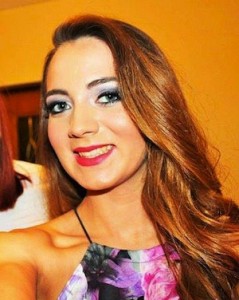 Kym Harley who was killed in this morning’s crash.

The 19 year old died after the car in which she was a front seat passenger crashed into a ditch at Dreenan, Ballybofey, just 200 yards from her home.

Popular Kim will be buried on Thursday following funeral mass at 11am at St Mary’s Church, Stranorlar followed by burial in Drumboe Cemetery.

She is survived by her parents Martin and Denise and brothers and sisters.