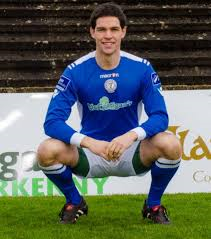 Finn Harps stars Packie Mailey and Damien McNulty have been rewarded for their impressive campaigns by being selected on the First Division Team of the year.

Mailey enjoyed a consistent campaign at Finn Park, having returned to the club last season after a two-year absence.

He fell out with manager Felix Healy in 2011, and didn’t return to Finn Park until Ollie Horgan snapped him up in the close season shortly after his own appointment.

McNulty was brought to the club by former manager Peter Hutton after falling out of favour at previous club Coleraine.

He’s been a sensation for Harps over the last two seasons and is now a pivotal figure in the squad.

The preparations for next season will begin shortly for Harps, as Horgan bids to secure the services of as many of his key players from last season.