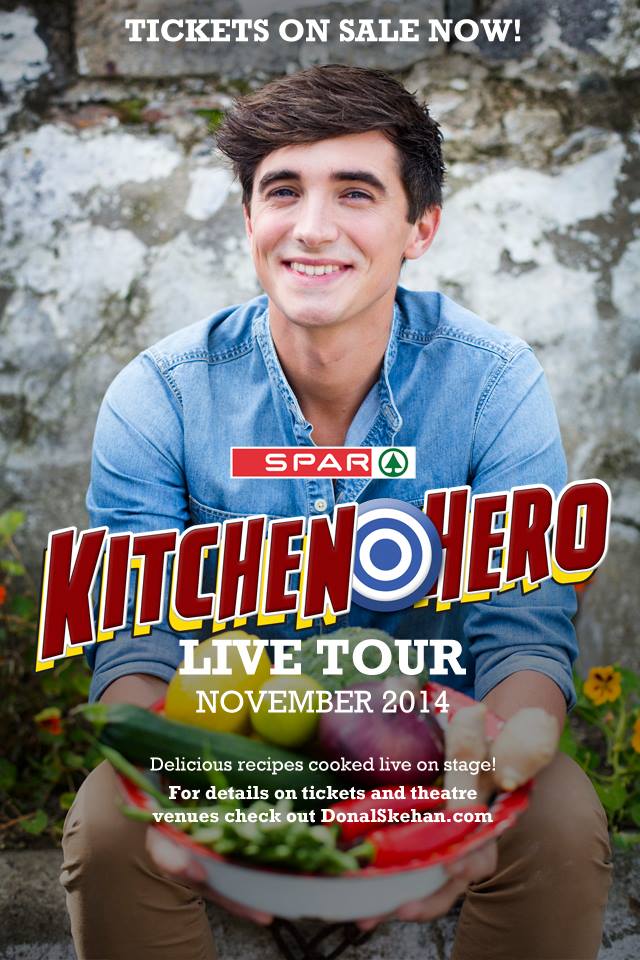 KITCHEN HERO DONAL COOKING UP A STORM IN DONEGAL 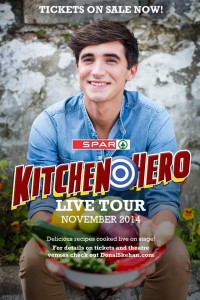 TV chef Donal Skehan plans to cook up a storm in his new Kitchen Hero tour and you may be part of the show.

“I’ll be getting help from the audience cooking. Sure, everybody always wants to nominate somebody in their house that doesn’t do the cooking. It’ll be great craic,” Donal told Donegal Daily.

The 25-year-old food writer and television presenter brings his live cooking show to An Grianán Theatre, Letterkenny, next month where he will be cooking six recipes on stage.

Following the success of last year’s live tour, Donal wanted to do it all over again.

“It was such a great time and even people who don’t normally do the cooking came along. I don’t want anymore couch-cooking,” he told us.

Donal will cook up delicious, everyday, simple Home Cooked meals live on stage, with lots of fun, loads of food and lashings of audience participation.

He said: “These are recipes that everyone can make and the aromas around the theatre will be unbelievable.”

There will be lots of cooking tips and he will be answering all your questions.

He told Donegal Daily that he’s looking forward to coming to the North West as he loves the area.

“In my boyband days I was living in Strabane and would have been in Letterkenny so I’m fairly familiar with it. I’m really looking forward to the tour and meeting everyone,” said the Kitchen Hero star.

Donal is currently filming a mini series for the Food Network in Vietnam.

After the show there will be a chance to meet Donal who’ll be signing books, fielding questions and taking the “odd selfie or two”.

To celebrate the upcoming tour Donal has a family ticket in the location of your choice to giveaway. Details:http://www.donalskehan.com/2014/10/kitchen-hero-tickets-up-for-grabs/