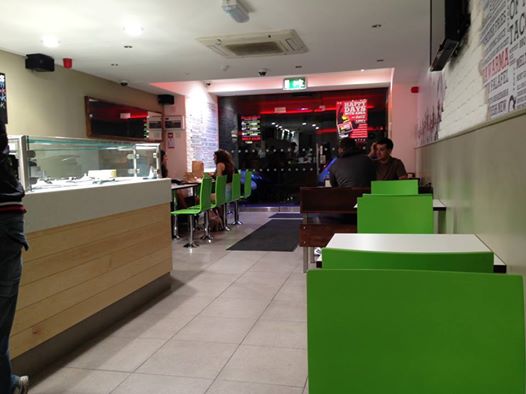 A popular fast-food outlet in Letterkenny has closed its door with the loss of six jobs.

The Abrakebabra restaurant in Letterkenny.

Abrakebabra, which was located on the town’s Main Street, did not open for business yesterday.

Staff at the store, which was recently taken over by new management, were told the restaurant would not be opening yesterday.

It is understood that the volume of trading was not enough to sustain the business.

The closure of the restaurant comes as Letterkenny’s town centre continues to struggle to attract business although there is speculation that at least two new businesses are to soon open on the Main Street.

And local traders have vowed to rebuild the town centre’s once-thriving economic life.

His new remit has been to breath new life back onto the town’s Main Street which has struggled to compete with the larger retail parks on the edge of the town.

However, the issue of rates has been mooted as one of the main reasons why some businesses will not set up in the centre of the town.