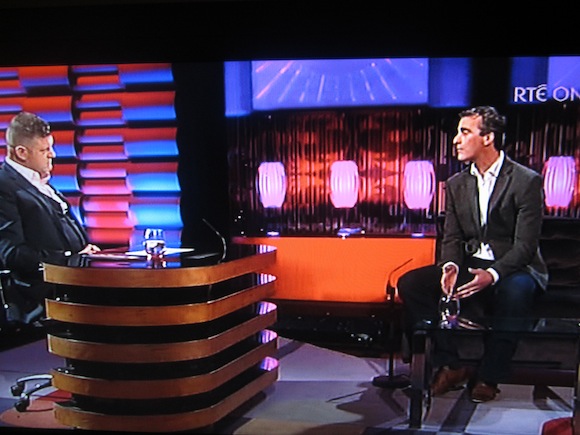 JIM MCGUINNESS TO APPEAR ON THE SATURDAY NIGHT SHOW THIS WEEKEND

JIM MCGUINNESS will appear on The Saturday Night Show this weekend.

Jim McGuinness will give his first interview since stepping down as Donegal manager on RTE’s Saturday Night Show hosted by Brendan O’Connor.

McGuinness has remained tight lipped following his departure as manager almost a fortnight ago.

McGuinness presided over the most successful reign in Donegal GAA history by landing three Ulster titles, and one All-Ireland title.

McGuinness took Donegal agonisingly close to landing their second All-Ireland title in three years, but were narrowly defeated to Kerry in the decider.

McGuinness will reveal how he broke the news to his management and staff, and will reveal why after four years he decided to quit as Donegal manager.

Donegal GAA fans was left devastated following his decision to step down, and are eager to find out why he walked away.

It promises to be a compelling interview, and no doubt all of Donegal will be tuned in for it this Saturday night.

JIM MCGUINNESS TO APPEAR ON THE SATURDAY NIGHT SHOW THIS WEEKEND was last modified: October 16th, 2014 by Mark Forker