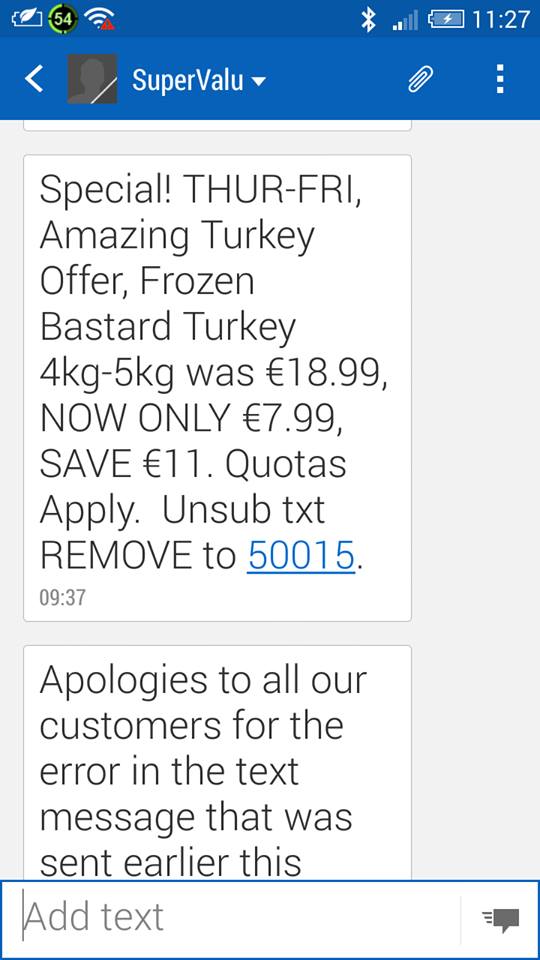 SUPERVALU customers in Donegal have received an apology from the supermarket after an unfortunate text boasting about its frozen turkey offers this week.

Donegal Daily reader Oisin Mac Lochlainn was one of thousands of customers nationwide who got the text – but was a bit taken aback by its content.

But it wasn’t Frozen Basted Turkey on offer in the text….as the B-word appeared instead.