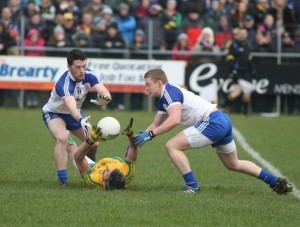 FR Tierney Park in Ballyshannon and O’Donnell Park in Letterkenny are to again host Donegal county matches in the Allianz League Division One in the New Year, the county board as announced.

Mac Cumhaill Park will host the other two matches.

Ironically the Letterkenny game will see Donegal take on Monaghan – a repeat of last year’s Division 2 game also hosted there.