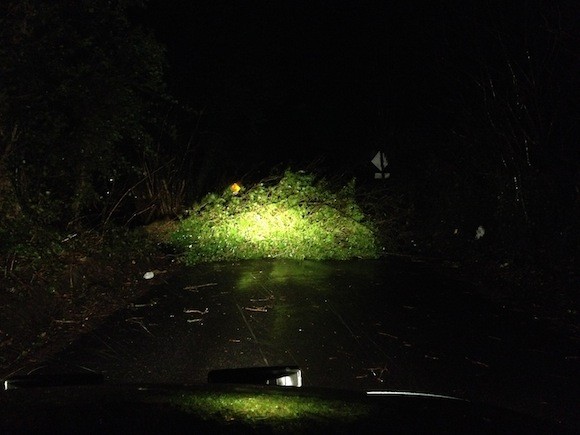 GARDAÍ have issued an urgent warning to motorists in Co Donegal tonight.

It will be the early hours of the morning before the worst of the weather has cleared.

Many roads are flooded across the county, with driving conditions particularly difficult on rural roads.

There are also reports of trees and branches down in several areas.

“We have patrols out across the county tonight but this is not a night to be driving anywhere near the normal speed limits.

“People need to slow right down and take their time, especially on rural country roads; a fallen tree could be around the next corner and roads will be very slippy with the rain and this will extend normal braking distances.”

Gardaí say patrols are on the Barnesmore Gap where there are very high winds.

Drivers of high-sided vehicles are asked not to take to the roads over the next few hours.